In the Netherlands the urgency of a transition to a circular economy is noted. Therefore a government-wide ambition has been formulated as a guiding vision.

In October 2016 the governmental program A Circular Economy in the Netherlands by 2050 was launched. In this program a nationwide plan is drawn up by multiple departments, to function as a vision for the successful implementation of the circular economy. The goal formulated in this report is to reduce the amount of primary resources used in the Netherlands by 50% in 2030, and to become completely circular by 2050.This can be accomplished through resource efficiency, a shift to renewable and recycled resources, and creating new markets and business models. The summary of the program can be found here.

The program was followed by the development of Transition Agendas and an implementation program (read more below).

The Dutch government has selected five economic sectors and value chains that will be the first to switch to a circular economy: Food and Biomass, Plastics, Manufacturing, Construction and Consumer Goods. These five priorities are important to the Dutch economy and have a big impact on the environment.

In January 2017 a National Agreement on the Circular Economy (Letter of Intent) to develop transition agendas was signed by the Dutch government and a variety of partners.

Transition agendas have been developed for all five sectors and were offered to the initiators of the National Agreement on 15 January 2018:

In July 2018, the Dutch government announced its commitments and priorities to support and promote the realisation of the Transition Agendas. A schematic overview of the commitment and priorities of the Dutch cabinet per sector can be found in this leaflet.

Reduce the amount of primary resources used in the Netherlands by 50% in 2030, and become completely circular by 2050.

Goals in 'A Circular Economy in the Netherlands by 2050' 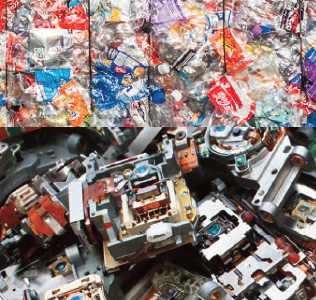 More details on sectorspecific programmes can be found here:

In 2019 PBL Netherlands Environmental Assessment Agency published Outline of the Circular Economy with an inventory of current circular activities and indication of jobs involved.

Find updates and new documents on the dedicated webpage on Circular Economy of the Dutch government.