The United Kingdom is committed to moving towards a more circular economy by minimizing waste, promoting resource efficiency and long-lasting resources. In this sense, the Circular Economy Package (CEP) introduced a legislative framework, identifying steps for an ambitious long path for waste management and recycling. It acknowledges that a circular economy can strengthen British-Dutch collaboration in the field.

Seeking business opportunities in the UK? Below you will find information on the policy landscape, selected priority areas, and relevant business networks.

With the UK having left the European Union in February 2020, the UK has consequently withdrawn itself from the European Green deal. In the past, EU legislations have significantly contributed to the improvement of the UK´s recycling systems. Leaving the EU means therefore needing to restructure, which might offer opportunities for localising CE in the UK. In the end of 2020, the Ten Point Plan has been introduced, identifying 10 areas to achieve more resource efficiency and minimise the contribution to climate change by setting a target of a zero net carbon by 2050 and pave the way for a new Green Industrial Revolution. For this, the Circular Economy Package (CEP) is an overarching legislative framework which substantially focuses on resource efficiency linked to waste management. To further enhance circular economy in the UK, the government funds five interdisciplinary circular economy centres which explore circular solutions, innovations, and business model around the topics waste, textiles, and construction.

Additionally, each country has determined its own pathway towards a circular future. England has formed a Green Future Plan, including a Waste Prevention Programme for England which builds on the R-principles: to reuse, repair and remanufacture to enlarge material life-cycles. Wales has set actions to realize its goal to go zero waste by 2050. Scotland has determined a circular economy strategy making things last which puts focus on the manufacturing industry as a driver for circularity. Northern Ireland is, under the umbrella of the CEP, focusing on reduction of household waste by increasing municipal recycling capacities under current development of an ‘Environment Strategy for Northern Ireland’.

Since 2019, the current EPR scheme is under revision. Considered is the implementation of EPR on plastic packaging used on household-level (such as wrapping foils) and EPRs on compostable plastic substitutes, to separate waste streams. Subject of discussion is also the role of packaging design in regard to standards for materials and additives.

Annually around 5 million tonnes of plastic are consumed in the UK, of which almost 50% accounts for packaging waste. The UK targets the elimination of all avoidable plastic waste by 2042, amongst others by a plastic packaging tax which will become effective in 2022. Crucial elements for a circular plastics sector are the UK Plastic Pact and the Plastic Industry Recycling Action Plan working on a value chain approach to increase recycling volumes by means of design and improved collection, and both sorting systems. However, to meet UK targets recycling services need to extend. This offers attractive business opportunities for Dutch chemical- and mechanical recycling companies. As the development of end markets to line up the plastic chain remains critical, Dutch business models which transform plastic waste flows into new products can inspire.

Textiles and its environmental pollution exacerbated by fastfashion culture is a hot topic in the UK and focus topic of the Waste Prevention Programme for England. To enforce collection and enhance sustainable business models, the Resources and waste strategy for England offers textiles chain stakeholders consultation on better design and labelling of clothing for recycling purposes and extended producer responsibility schemes. With Textiles 2030 the industry takes initiative on reducing its water use and carbon footprint. As textiles is a focus sector of the Netherlands towards full circularity by 2050, the Dutch can share their insights into circular textiles opportunities and research, and inspire with business models. The UK is an attractive business case for Dutch high-quality technology that allows to recycle textiles into feedstock garment quality and innovative dying techniques for circular textiles made in the UK.

The built environment accounts for 40% of the UK´s carbon footprint. Almost half is linked to energy used during the lifetime, excluding construction efforts. To achieve zero net carbon, a National Infrastructure Strategy has been set out. The Green Construction Board focuses on the reduction of carbon emissions of 50% by 2050 and resource efficiency. To be able to achieve these goals, the UK is seeking for expertise input on knowledge and skills. This offers business opportunities for The Netherlands, working on a circular built environment on city- and regional level. Dutch businesses can offer smart solutions for innovative building technologies- and materials, how to integrate nature into construction and share experience from value chain collaborations that optimize resource flows and give inspiration for the role of the public sector in supporting the transition into a circular built environment.

The offshore windfarm sector is fast growing in the UK. Between 2019 to 2020, offshore windfarms increased productivity by 26% and is aimed to quadruple its output by 2030. Today, the UK operates the world’s largest windfarm as well as the first floating offshore windfarms. Most windfarms are located along the coasts of England and Wales. Considered as the 1st point in the Ten Point Plan, the sector receives financial attention by the government. However, crucial areas of development are the re-build of the energy infrastructure to utilize offshore wind energy including energy storage. With the aim of providing green energy, also the wind plant´s environmental footprints must be considered. Providing circular design and technology, to build with nature, and to assure all components to be re-usable and recyclable are business opportunities waiting in the UK.

Waste management stands at the heart of UK´s roadmap towards a CE. The UK waste management takes place on country level; hence policies differ between the regions. However, the overall target is to achieve a 65% municipal recycling rate by 2035. To date, 76% of household waste is incinerated and energy recovered, 11% is send to landfill while only 1% is recycled. Amongst all, Wales shows the highest recycling rate with 54,1% and aims at 70% by 2025. In England and Northern Ireland, and increased landfill tax shall help to reduce waste production. In Northern Ireland, landfilling dropped already by 1,4% within the same year.

Reducing waste production at first to support resource efficiency is UK wide linked to tackling food waste at source by enhancing collaboration along supply chains. On the other end of the chain, the core strategy is to expand waste stream separation by improving provision of separate waste collection at household and business level to enhance better waste management. Business opportunities lay in creating innovative and efficient waste recycling systems. 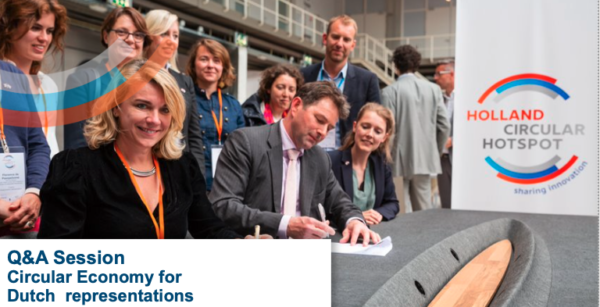 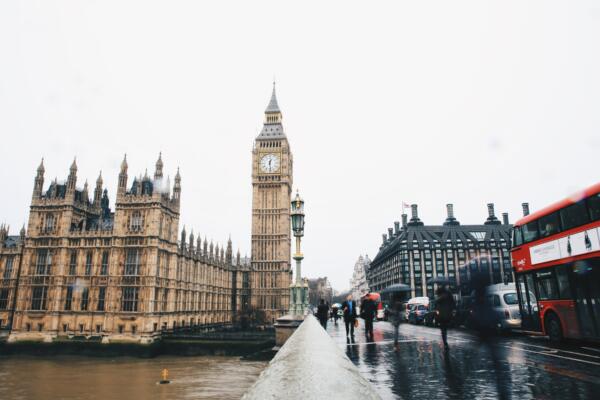 Strengthening collaboration between The UK and The Netherlands 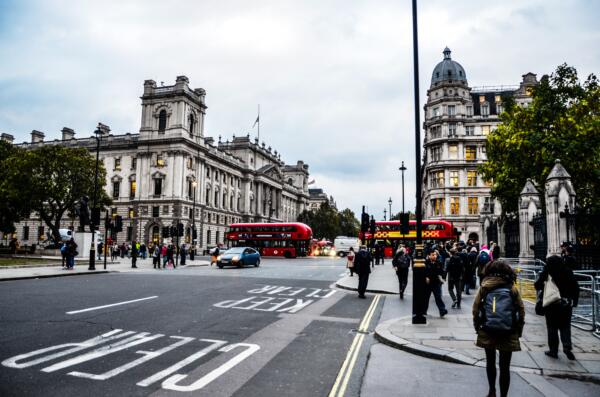 The future is circular

Conference of the Parties (COP 26) 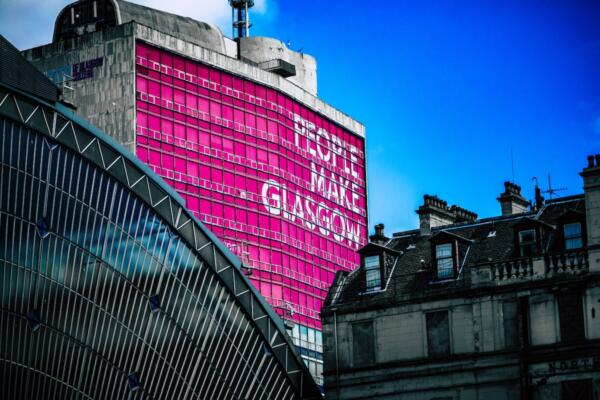