City Water is a circular water concept by Join the Pipe which aims at offering a sustainable, reusable, and affordable alternative to single-use PET water bottles. The concept consists of 2 elements. First, it offers reusable water bottles, made from sugar cane, which can be pre-filled with filtered tap-water, or personalised with a logo or a city skyline. Second, it offers indoor and outdoor refill-stations which provide still, cooled or sparkling tap-water in case your bottle needs a refill. Together, they form a complete and circular solution which reduces plastic waste significantly and can be completely adapted to the needs of the customer. 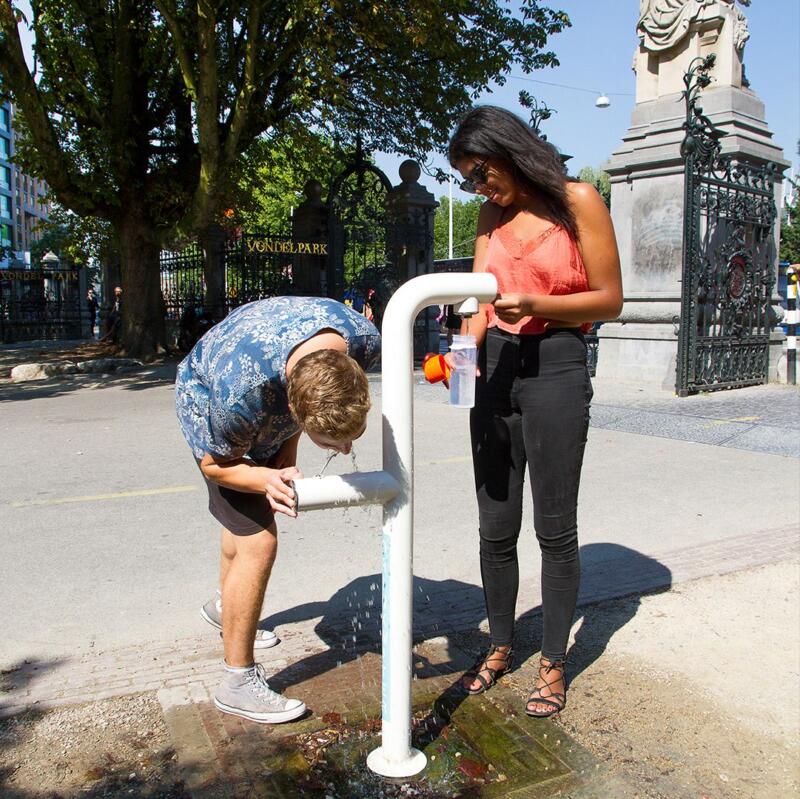 First, the Amsterdam City Bottle was developed with the skyline of Amsterdam to provide a sustainable water bottle and souvenir to tourists and local inhabitants. Join the Pipe refill-stations were adapted to not only provide water but also store bottles. Major clients like Albert Heijn, SPAR and Hilton Hotels partnered with Join the Pipe to test the concept. In only three months, Albert Heijn sold around 200.000 Amsterdam City Bottles. In collaboration with SPAR supermarkets, Join the Pipe won the VERTEX gold Award. Other retail and hotel chains followed after the launch of City Water. The concept is easy to replicate, as a City Bottle can be develop for any kind of city and tap-stations can be installed in any place in the world.

Join the Pipe is looking for international distributors / agents / partners who would be willing to introduce City Water in their city.

Currently, Join the Pipe is most present in the Netherlands, France, the UK and Belgium and they are seeking to expand to other European countries. Besides, they are looking for partners in African countries (such as Kenya and Ghana) which are willing to introduce City Water in their country.