The Recycle Sint concept facilitates citizens with a branded toolkit to organise toys swap markets. This encourages unnecessary consumption and production of toys in favour of the climate and creates a circular economy. It also saves people a lot of money and excess storage in the house. Children are equally happy with them and it will lead to behaviour change to not over-consume. 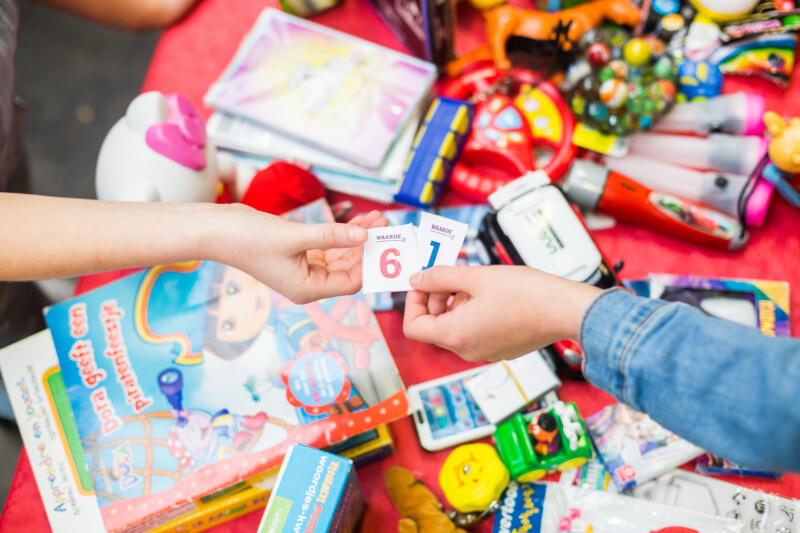 Recycle Sint is the most friendly and feel-good concept which benefits everybody!

The concept was created by Elif Algu who opened her own cupboards and got frustrated about the amount of (unused) toys her children possessed. The swap market was born in the local school and it was such a hit that she branded Recycle Sint through her sustainable branding agency Branding a Better World.

The concept immediately became a big hit throughout the country and more and more parents saw the benefit of swapping toys (as well for the climate as the wallet) and organised the swap markets in their area. It got the attention of the national press and TV and the concept won multiple awards and prizes for best citizen initiative. In 2019 the country counted 133 swap markets and 44,000 toys were swapped.

In February 2020 Recycle Sint received an honorary mention for citizens initiative of the Dutch Circular Award.

In the meantime, Recycle Santa was also born and the first swap markets have registered for next year in London, Singapore, Brussels and Curacao. Any country that celebrates Sinterklaas or Christmas can join in! The plans are to make the movement bigger and create more awareness for the impact this has (you can have!) on the climate by swapping goods.

"Why buy new toys if you can swap toys?"