From 14 to 17 May the Dutch consulate in Canada and Holland Circular Hotspot organised a circular roadshow in the cities Toronto, Ottawa and Vancouver. The timing seemed perfect as in 2020 Canada will host the World Congres on Circular Economy!

The roadshow was well received and from the positive response received, it is clear that Canada is interested in broadening and deepening bilateral cooperation with the Netherlands. An important step in the collaboration for an international circular economy! In this joint HCH-Consulates-Embassy report a summary is given of the main findings. 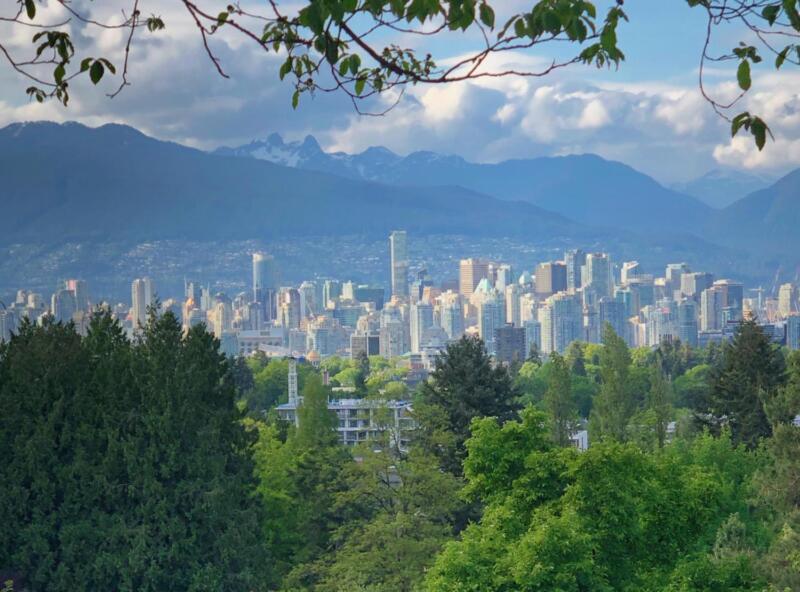 In recent years, the Canadian government has developed the first initiatives to develop a sustainable recycling economy for the future in which there is no waste, together with the business community and knowledge institutions.

Canada faces major challenges such as sharply increasing population growth with the associated increase in waste and energy and water needs, the reduction of natural resources and the consequences of a changing climate. Many innovative and valuable initiatives have already been developed to promote product reuse and the sustainability of production processes. In the Canadian context, these practices are often categorized as “recycling” or “resource recovery”. The use of the term circular economy and associated implementation as interpreted in the Netherlands is not yet widespread in both industry and government in Canada.

Canada is investing a lot in the waste sector and various regions are ambitious. Here, the government plays a major role with policy and also has the tools to bring about change in the sector through waste taxes. Dutch parties such as Orgaworld, Christiaensgroep and WTT have carried out several commercial projects in Canada in recent years. It seems that in the coming years there will be even more commercial opportunities for innovative international parties on the Canadian waste market.

The WCEF in 2020 could create additional momentum for new initiatives.

Circular opportunities seen ready for organic and food waste (especially in the Vancouver area), biomass and agriculture. The Digester from Orgaworld-Renewi is the reference installation in the country. Initiatives from Dutch entrepreneurs like Goodly for foodwaste might have growth perspective and could be combined or extended with other Dutch food waste best practices. The City of Guelphy just won a 10 M CAD $ award fro their agro-food/organics approach.

Canadians seem to lack a clear focus on value niches. Dutch design and system thinking might give a boost to new initiatives.

Next to focus on City solutions and scans for Canda’s major cities (City scan form Circle Economy is pending) there is a lot of interest for micro solutions (for example waste management). There is significant interest in the Building & Construction theme, but it might take more time to materialize.

With the WCEF on the horizon, dedicated incoming and outgoing CE mission might be a good next step.Collaboration with local CE Hubs might accelerate exchanges on the CE topic.

Ottowa showed many positive reactions to the presentations of HCH’s Freek van Eijk. The Canadian network partners particularly appreciated the translation of policy into making it applicable to business.

On the Environment and Climate Change Canada event in Ottowa, Freek van Eijk gave a presentation focusing on the emergence of circularity in the Netherlands, policy development and possible incentives for Canada in developing circular initiatives.

In the afternoon, a network meeting was organized at the Canadian Agricultural Museum on the topic of combating and reducing agricultural waste and the potential of biomass. At the opening of the workshop, the Director General of the Museum emphasized the importance of the Netherlands in themes such as food safety and food security. Chef de Post of the embassy in Ottawa emphasized the importance of circularity in its introduction. In addition to the already existing intensive cooperation in the field of SDGs, climate adaptation and resiliency, the circular economy is a new challenge.

HCH’s Freek van Eijk pointed out that in 2050 the world needs 70% more food than is currently being produced. This is possible with circular agriculture and horticulture, but this requires a transition to anagricultural system where the emphasis is on sustainability, cycles and combating losses in the chains. Nutrients, raw materials and residual flows must be used more optimally. HCH also discussed the latest developments in the field of “rural and vertical farming”. Smart Prosperity Institute CEO Mike Wilson emphasized the importance of closer cooperation with the Netherlands. Organizing the World Congress in 2020 shows the Canadian ambition, but much remains to be done to achieve an integrated Federal and Provincial approach. In order to stimulate and support existing sustainable initiatives in Ontario and to promote the development of a circular economy, Ryerson University set up the workshop ‘How Can The Circular Economy Benefit Your Business?’ Organised by the Consulate General in Toronto in collaboration with Holland Circular Hotspot and Canada Circular Hotspot. Large numbers representatives from the private sector, as well as from the public sector showed great interest from the Canadian side in the subject itself as well as the implementation of regulations and infrastructure for a circular economy.

As the keynote speaker, Freek van Eijk of Holland Circular Hotspot, emphasized the urgency of circular thinking as opposed to linear thinking in production processes to prevent a growing mountain of waste and also increasing CO2emissions.

John Coyne, Vice President of External Affairs and Sustainability, Unilever Canada Inc. and Executive Chair, Canadian Stewardship Services Alliance Circular Economy in Canada shared his firm conclusion that Canada has so far taken a rather lax stance on sustainability. In his opinion, the luxury of (too) much available space and raw materials, a limited urge to innovate and a reactive government policy have led Canada to make enormous progress in comparison with other countries. He also noted that Canadian companies have the potential to contribute to the circular economy if more governmental management is offered and companies are less competitive towards each other when it comes to making processes sustainable.

Dr. Steven Liss, Vice President, Research and Innovation, from Ryerson University especially emphasized the necessity and availability of well-founded research into sustainability and thereby the partnerships between university and industry but also in between universities.

After the workshop a Memorandum of Understanding was signed by Freek van Eijk of Holland Circular Hotspot and Colin Isaacs of Canada Circular Hotspot to continue the dialogue on this subject and to confirm the joint intention to set up a partnership.

The same day a meeting was held with representatives from the city of Guelph, Holland Circular Hotspot, employees of consulate general Toronto and Canada Circular Hotspot. With the help of a PowerPoint presentation, Freek van Eijk (HCH) highlighted the proactive role that cities can play in the circular economy playing field. As part of a Smart Cities approach, the city of Guelph focuses primarily on the processing of food waste. That same afternoon, Guelph would be declared the winner of the so-called Smart Cities Challenge and awarded $ 10M to implement their smart cities vision Our Food Future, Canada’s first circular food economy! The regional governing body, Metro Vancouver, is responsible for the waste policy in the region of 2.5 million inhabitants. The region has an ambitious “Zero Waste Agenda” and is also the initiator of the Canadian “National Zero Waste Council”. In the field of organic waste many developments can be found in the Vancouver region.

The City of Vancouver organised a round table meeting with 15 parties that are affiliated with the Share Reuse Reduce initiative of the city. The City of Vancouver has been looking at the CE activities of the City of Amsterdam for a long time. Dutch organization Circle Economy has already been asked to carry out a “Scan” for the municipality of Vancouver, the municipality is still awaiting approval of the proposal from the provincial government. During this meeting there was a lot of appreciation for the Holland Circular Hotspot presentations.