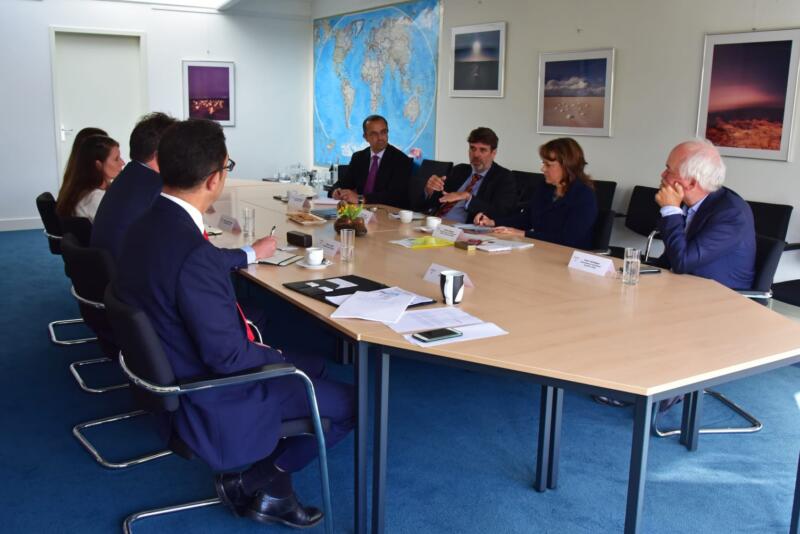 The purpose of the dialogue was to allow Undersecretary Delgado to get to know the experience of Dutch experts and practitioners in the areas of sustainable development, circular economy and city management. HCH’s Freek van Eijk was invited to contribute to this conversation, sharing the work of Holland Circular Hotspot to stimulate the transition to a circular economic on national and international levels.

In particular the theme ‘Circular Cities’ was of interest in the conversation. It was discussed how we can keep cities liveable and dynamic, discussing inspiring examples of Dutch entrepreneurs, but also the importance of the roles of government and knowledge institutions.

Together with Holland Circular Hotspot only a small selection of experts was invited to allow for a rich exchange of ideas:

Undersecretary Delgado has a solid career in the environmental and sustainability realms, in the public, private and civil society sectors. Between 2006 and 2012 she served as Secretary for Environment in the Government of Mexico City, where she bolstered several programs towards environmental protection while also launching the first public bike-sharing program in Latin America, “Ecobici”. As Undersecretary for Multilateral Relations and Human Rights she has the responsibility of designing and implementing Mexico’s foreign policy in international organizations and coordinating our country’s participation in international fora on human rights, environment and climate change, gender equality, disarmament and non-proliferation, among others.