As the founder and CEO of Amsterdam based social enterprise ‘Closing the Loop‘ (CTL), Joost de Kluijver has developed a service that delivers on the growing demand for more sustainable telecom.

His organisation has built a business model that fuels proper, safe and corruption-free electronic waste management in emerging markets. CTL has bought over 2.3 million broken mobile phones through informal African collection networks since 2012, enabling their proper recycling. This waste collection is the basis of a commercial service which CTL calls “One-for-One”. It allows for tangible telecom circularity: new phones are made ‘material-neutral’ by the collection and recycling of a scrap phone.

CTL’s founder will tell you how Closing the Loop managed to bring Samsung, T-Mobile and many others on board towards ‘circularity for phones’. 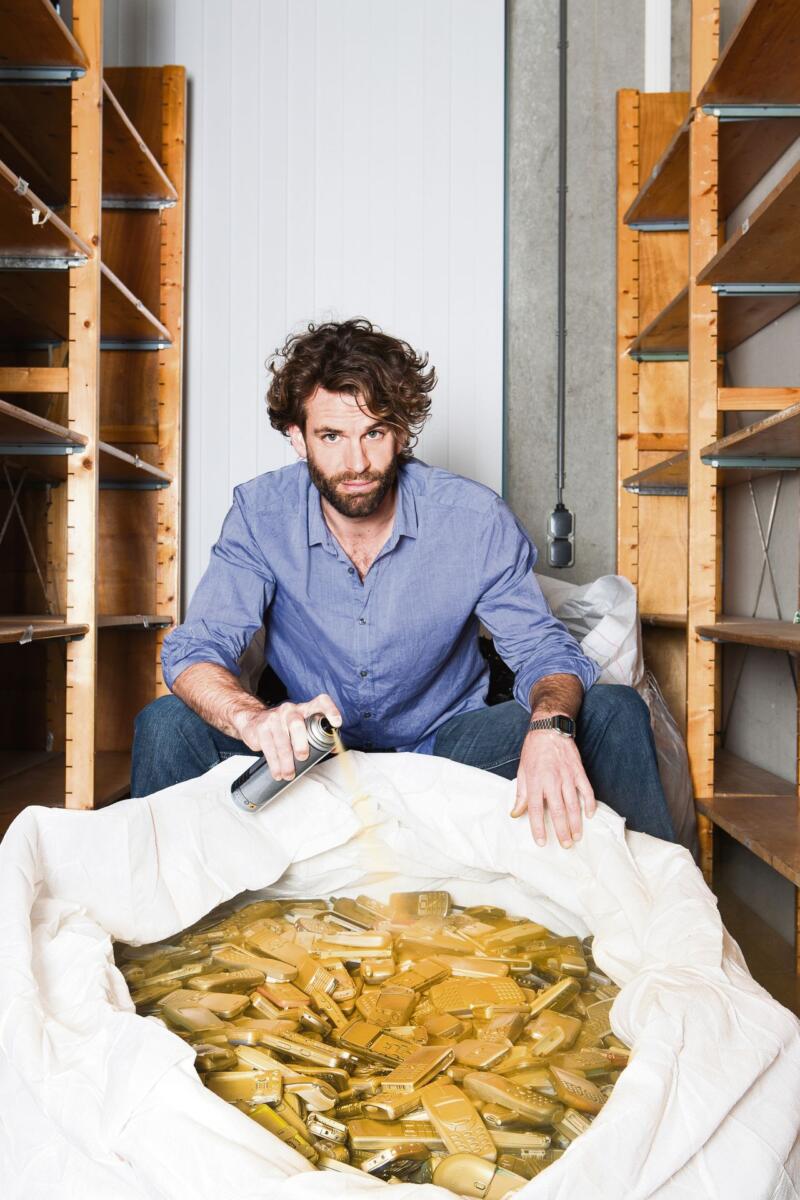 Circularity as a service

There is little doubt technology will play an increasingly big role in society in years to come. A role that is also about enabling the Sustainable Development goals. But how can tech become in line with societal needs, itself?

In 2017, an Accenture report came out showing what ‘digital access’ can do to ensure the world’s growth is more sustainable. A clear link was shown to many of the ‘sustainable development goals’ (SDGs) and the increased use of digital technologies. Meaning positive impacts – such as the reduction of poverty and hunger, and many others – can be supported by current and expected advancements in the world of tech.

But one clear message from the report was also: the industry’s ambitions to be a SDG supporter can not go hand in hand with a further increase in electronic waste. Electronic waste is the world’s fastest growing waste stream, the report stated – and it still is, today. Sustainable consumption – or SDG number 12 – hence was the only SDG clearly negatively impacted by global growth of digital access. Which boils down to a ridiculous reality: especially in emerging markets, over a billion mobile phones become end of life with no means to recycle them properly, anywhere nearby. As a result, electronics that bring so much value to people’s lives in developing countries, turn into a societal problem. In many places across Asia and Africa, dead phones end up in landfills or are even burned.

Electronic waste, or e-waste, is thus rightfully seen as one of the IT industry’s biggest global challenges. But what if it’s actually a huge opportunity for business and society?

That’s the question the telecom industry in the Netherlands asked, and the answer led to a completely new approach to the recycling challenge.

Since the mid ’90s up until recently, most talk around e-waste was about who was responsible and who was to blame. But this negative approach did not motivate anyone to change. Most of the paperwork came up with the same conclusion: e-waste in the developing world is increasing fast, it’s causing a lot of trouble and we need to do something about it. Something was missing – which prevented those alarming words to lead to action. The Dutch companies felt the answer was quite simple: the market forces were not being put to work.

In the case of e-waste, supply and demand is not matched. There’s plenty of supply in the emerging world, but the appetite of legitimate, responsible buyers/recyclers seems to be lacking. Which results in dumping, and illegal, improper management of the waste. So there was a need to create more demand for sound e-waste management. This led to a unique circular pilot in the Netherlands; a collaboration between a phone brand, a mobile operator and my company, a service provider for circular telecom.

One global development we tapped into is on the agenda for just about any large organisation: green procurement. Ecovadis’ research in 2017 mentioned that some 97% of all corporates, municipalities and national governments aim to buy stuff in a (more) responsible way. But that aim is quite difficult to deliver on, for the IT industry. Electronics’ supply chains are notoriously difficult to create transparency on, let alone make more sustainable. Two problems? Or one opportunity?

T-Mobile, Samsung and Closing the Loop took the latter view. They implemented a circular service now commonly known as ‘One for One’. It is explained in the short video below, and is quite straightforward: The material footprint of a new phone (sold in the Netherlands) is offset by recycling one old ‘scrap phone’. The latter is collected in the emerging world, where electronic waste is abundant. In the Netherlands, the service became award-winning as it’s a simple, transparent way to offer green services – or ‘circularity’ – to customers. These customers, such as the Dutch government, are now able to procure phones in a greener, ‘closed loop’ way.

‘Circularity as a service’

So, how does this work? When a customer purchases a new phone, a small fee is added to the purchase price. That fee is used to pay for an ‘offset’: the collection of an end-of-life scrap phone in a developing country, such as Ghana. The scrap phone is bought through small phone repair shops or other informal channels. Thus creating jobs and income, while reducing pollution. Next stop: Europe, where this ‘waste’ can be recycled and over ten – increasingly scarce – precious metals are extracted and made fit for re-use.

This service offers an easy, practical form of circularity – without the normal side-effect of a complicated procurement process. It is seen as an easy introduction into circular procurement.

And an ‘easy introduction into circularity’ is something many organisations are looking for. Large firms, municipalities and even national governments have made their telecom procurement material-neutral in the last three years. Most did not see ‘closed loop IT purchasing’ as a key impact area for them (which it is for consulting firms, IT focused companies and of course the telecom industry). It was found that compensating for the material footprint of phones – used by every employee, every day – is a great way to engage and educate this stakeholder – or any stakeholder, for that matter. Because when it comes to large organisations, their often abstract SDG visions – their view on becoming good global citizens – are in great need for appealing and tangible projects.

The telecom industry is in a great position to deliver key tools for a transition to a world that’s in line with the UN Global Goals. Recent research by Deloitte and GeSI reconfirmed just that. The same report also pointed out the need for the industry to pick up the pace of cleaning up its own act, if it wants to be recognized for the SDG enabler that it can be. The pilot we did in the Netherlands has shown that the telecom industry is up for the challenge. It helps that no product is more iconic than a phone, as it symbolizes innovation and advancement. But most of all, the telecom industry is really good at telling great stories. That strength and marketing power can be used for a green purpose; to create an appealing story of how we can all contribute to more recycling — not because you have to, or by stating it’s ones responsibility. But by proclaiming the beauty of working together to make this industry waste-free and sustainable.

The Netherlands has proven a perfect test case for our closed loop service. The focus our society – specifically local and national governments and the business community – has put on actually implementing circularity, encouraged a proactive mindset. Which made it easier for giants like T-Mobile and Samsung to team up with tiny innovators like my company. Recent research by PwC pointed out that such collaborations create – social – value (our case was considered exemplary in the research). But as taking on this type of partnerships is often considered a leap, it does help if a whole country is promoting circularity as the new norm.

I am happy to announce that various implementations of our One for One approach will be adopted in 4 countries in the coming months. We have a lot to thank the Netherlands for, as well as the ‘first movers’ and of course the procurement departments that are increasingly asking for material-neutral IT.

We are looking forward to make our great industry waste-free.