News > The Transition to a Circular Economy: A Joint Effort

In the upcoming months Holland Circular Hotspot will publish the blog series ‘12 voices on the transition to a circular economy’. 12 CEO’s, founders and thought leaders from our network who are (inter) nationally known for their work within a specific CE topic will share their perspectives on the transition and international opportunities looking at it from their field of expertise.

Read the second blog by Jacqueline Cramer, president of the Supervisory Board of Holland Circular Hotspot and former Minister of Housing, Spatial Planning and Environment. 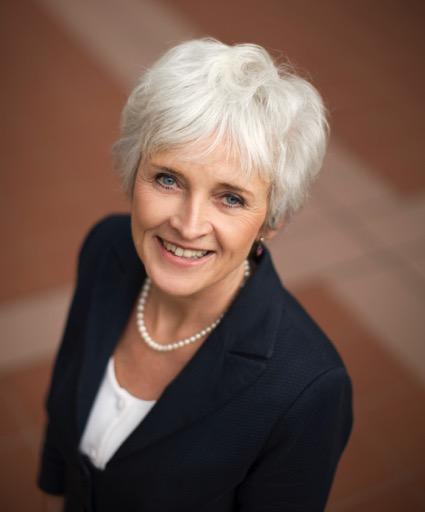 I am pleased to see how quickly the pursuit of transitioning to a circular economy gains traction in a growing number of countries. The concept clearly expresses the need to deal more prudently with our resources (energy, water and raw materials). It also expresses the importance of keeping products and materials as long as possible in the cycle, minimize the environmental impacts and safeguard the functioning of natural ecosystems. At present, we consume worldwide almost two times more resources than our planet can produce yearly. This means that the scarcity of resources becomes a pressing issue. Moreover, we have to switch from fossil to renewable energy in order to limit global warming to 2 degrees Celsius and preferably 1.5. The complexity of these problems is immense and therefore hard to solve. The only way forward is to join forces and help each other to make the transition to a circular economy. Holland Circular Hotspot aims to contribute to this challenge. We like to exchange knowledge and experiences with other countries and assist in how to move to a circular economy.

“The Netherlands has worked on circular initiatives since four decades”

The Netherlands has a long history in circular economy. Although we did not use this terminology in the past, our first circular initiatives date back to the 1970s. We already introduced in 1979 in our environmental policy the waste hierarchy ‘reduce, re-use, recycling, energy recovery, incineration and landfill’. This implied that priority should be given to ‘reduce’, then subsequently to the next options and finally to ‘landfill’.

The option ‘landfilling’ became soon prohibited, with some exceptions. The reason was that landfilling, particularly in such a small and muddy country as the Netherlands, caused serious soil pollution. The cleanup turned out to be very expensive, particularly in cases where new neighborhoods were built on top of these landfills. Therefore, the Dutch government decided to shift in the early 1980s from landfilling to incineration and recycling. New waste incineration plants were built and recycling activities set up in the mid 1980s. Strategies for thirty resource streams, for instance for tires, batteries and packaging, were formulated according to the waste hierarchy. This formed the basis for our National Waste management Plan that was first issued early this century. Updates of this plan gradually moved from the perspective of waste management to a chain approach, in which materials are kept in the cycle.

Parallel to this development in waste policies the Dutch government also launched in the early nineties an environmental product policy. This policy stimulated companies to design their products more sustainably. First this was called Eco-design and later Cradle to Cradle, meaning that products should be designed in view of product reuse and recycling. In my time as a Minister of Housing, Spatial Planning and Environment (2007-2010) I actively contributed to the development of these policies. I promoted the concept of Cradle to Cradle and broadened the perspective of waste management policies into a materials chain approach. This culminated some years later in the call for a circular economy.

The above history shows that The Netherlands has worked on circular initiatives since four decades. During this time we gained knowledge and experience on aspects of the circular economy. Now, our focus is on bundling existingknowledge and developing new expertise aimed at implementing the circular economy in practice. The objectives of what we have to achieve are clearly formulated in our Government-wide Circular Economy programme (2016), namely to develop a circular economy in the Netherlands by 2050 and a 50% reduction in the use of primary raw materials (minerals, fossil and metals) by 2030. To reach this goal five priorities areas have been selected: Biomass and food, Plastics, Manufacturing industry, Construction sector and Consumer goods. Government, industry and other stakeholders are involved in implementing the national Dutch circular economy programme. Activities are set up by industry in the five priority areas to redesign products from cradle to cradle and promote reuse and recycling. Moreover, circular economy has become a key topic on the political agenda of municipalities as they can help to put the national circular economy policies into practice. In line with the national objectives they aim to increase the percentages of recycling and reuse via various measures, e.g. through further enhancement of separate collection of waste streams, support of local initiatives in neighborhood and by startups, circular procurement, specific local legislation and provision of space for new circular businesses. Some circular initiatives need a regional scale to be effective. For instance, investments in advanced recycling technologies only lead to a viable business case when enough volume of a particular resource stream can be created and demand for and the quality of the recyclates can be guaranteed. Therefore, municipalities often need to join forces at regional level to create the appropriate conditions for circular initiatives.

We are interested to share the above experiences at national, industrial and local level with other countries. Only through a worldwide joint effort we can cope with the enormous challenge of keeping our planet livable, also for future generations. I hope you will join us!

12 voices on the transition to a Circular Economy